Manthana literally means churning. One should churn the mind to constantly think of spiritual matters. Hence, here is my collection of quotes, questions, thoughts and reflections that I keep asking and reminding myself all the time.

P.S.: The one next to Gregorian date is amānta lunisolar date.

“[Nanda Mahārāja continued:] After Garga Ṛṣi spoke these words to me and returned home, I began to consider that Kṛṣṇa, who keeps us free from trouble, is actually an expansion of Lord Nārāyaṇa.”

The verse clearly says nārāyaṇasya aṃṡaṃ kṛṣṇam – Kṛṣṇa is an aṃṡa of Nārāyaṇa! Aṃṡa means a portion, a part (not whole) and yet the revered ācārya translates it as “expansion”. And there is no commentary on this verse, so 🤷

It is commonly accepted that the famous Gayatri mantra must be used by all dvijas (brāhmaṇa, kṣatriya, vaiṡya) for their sandhyāvandana. However, the Ṡāṅkhāyana Gṛhya-sūtra (also chap. 7) gives a different opinion.

When does a soul enter the physical body?

There are various theories about when a jīvātma enters the physical body. Some say it is after the fusion of the sperm and egg. Others disagree, and opine that the jīvātma already exists in the sperm of a man.

Ṡrī Ranga-rāmānuja muni, in his commentary on the Chandogya Upanishad 5.10.6, says:

It is rare to be born as a human being because, the souls in close contact with rain and that are being born as paddy, corn, etc., are likely to be swept away by rivers and others and they will be getting into ocean and others. There is no chance of such corn to be eaten by man to be transformed into the form of semen. It is only when eaten by men and ablated in woman through the seed is he capable of being born as man. Here also it is to be noted that the descending jīva does not become semen and other things but he will have a close contact with them in that form and only when man sprinkles the semen in the generative organ of the woman he is liable to be born as a man. Even here chances are very rare. The Upanishat makes out that it is very difficult to get out of the state of corn and others and attain the form of a man.

Prof. Dr. K.S. Narayanacharya, the revered Vedic teacher, narrates an episode from Bhagavad Yāmunācārya’s life. There was a Chola king, whose āsthāna was once visited by a learned scholar of logic (tarka ṡāstra) names Sarvajn̄a Paṇḍita (Bhaṭṭa) from north India. There ensued a debate between him and the eight-year old Ṡrī Yāmuna. In the presence of the king’s wife and his mother (rājamāta), Ṡrī Yāmuna posed these questions to the opponent:

Intrigued? Check the answers from his lecture!

Unworthy Brahmins: not all Brāhmaṇas are upper-caste

Chapter 8 of Atri-Saṃhitā is dedicated entirely to “nindya brāhmaṇas”, condemnable Brahmins. Verses 371–381 describe ten types of Brahmins: the good ones – “dēva” Brahmin, “vipra” Brahmin, “dvija” Brahmin; and the deplorable ones – niṣāda-brāhmaṇa, paṡu-brāhmaṇa, ṡūdra-brāhmaṇa, mlēccha-brāhmaṇa, vipra-cāṇḍāla. It says that, such despicable Brahmins, even if they are well-versed in the scriptures, should not be honoured or respected. Such people are ineligible to conduct rituals like the ṡrāddha.

Like we all know, there are four varṇas: brāhmaṇa, kṣatriya, vaiṣya and ṡūdra. However, inter-marriage between these four has been going on for a long-time. The Gautama Dharmasūtra gives a matrix of names:

Caṇḍāla or Cāṇḍāla is the offspring by a Ṡudra (husband) with a Brāhmaṇa (wife). Though he is that by his jāti, he becomes an acāṇḍāla (non-Cāṇḍāla) by connection with his actions.

Note that these mixed groups are not set in stone forever. One can jump among the jāti:s. The same Gautama Dharmasūtra specifies these conditions in the same chapter.

What do the Indian scriptures say about decentralisation and federalism? It says that law enforcement must prevail at the lowest administrative municipality as possible.

Chapter 3 of Vishnu Smriti gives a glimpse of law enforcement, where the territory is divided in powers of 10:

Presumably even 100+ villages could be grouped into a district.

Whenever any Hindi word’s spelling in English contains one of these letters – z, f or q – then it is an imported word from Urdu/Arabic/Persian. This is a sufficient but not necessary rule.

Gītā is not for everyone.

It’s a common misconception that the Bhagavad Gita is a universal scripture meant for all. Such a thing goes against the word of Gita 18.67 itself:

This verse speaks of the Vedic concept of adhikāra, i.e., eligibility or qualification of the ones to whom it can be taught. The Gita is not to be disclosed to:

In short, all the atheists, secularists, communists, Abrahamics, brown sāhibs, colonialists, Western academics, etc. are completely ineligible to study the Gita. So, why bother to read their translations and commentaries?

Go in search of a guru, now!

On this auspicious day of Ekadashi, I came across this beautiful verse called Ekatmata mantra. Though not a “mantra”, in the sense that it is not revealed by the Rishis, it is a very accurate and inclusive view of Indian diversity of thought and religion:

There’s a typo in the linked page, where the avagraha (ऽ) is missing on the second line. Anyway, here is what it says:

"Whom (yam) the Vedic mantra-draṣṭas (those who have understood the Vedas and to whom the mantras were revealed), the Puranas (stories and history of ancient times) and other sacred scriptures call: Indra (the chief of all), Yama (the ruler of Dharma) and Mātariṡvā (present everywhere like air). Whom the Vedāntins (those who follow the philosophy of Vedānta), indicated by the word Brahman, as the One (ēkam) which cannot be described or explained (anirvacanīya).

Whom the Ṡaivas call (avōcan) the Controller (īṡam) Śiva and Vaishnavas praise (stuvanti) as Viṣṇu, the Buddhists and Jains (bauddha-jainaḥ) respectively call as Buddha and Arhant (without any end), whom the Sikh sages call Sat-Ṡrī-Akāl (the timeless Truth).

Some (kēcit) call Whom as the Commander (ṡāstā), as Mother Nature (prakṛti), as a Child (kumāra), some call It the Owner of the Universe (svāmī), some Mātā (the Divine Mother) or Pitā (the Divine Father). To whom they offer prayers, It (saḥ) is the same Master (prabhu), the only One (ēka ēva), without a second (advitīyaḥ)."

This is a beautiful prayer. Though I do not know who composed it or what their ideology is.

Has the karma theory been mentioned in the Vedic literature? A resounding yes!

“For, from out of his own self he causes him to be born, and wherefrom one is born, suchlike he becomes.”

From the Kaṭha Upaniṣad 5.7:

“One enters the womb of a mother and attains a bodily form, another goes to a plant, each of these as per his or her own deeds and knowledge.”

From the Bṛhadāraṇyaka Upaniṣad 4.4.5:

“Just as one acts and behaves, so will he be born. He becomes holy by holy deeds and he becomes evil by evil deeds. By meritorious acts, begets merits and by demeritorious acts, demerits. Thus indeed it is said. This man is filled with desire. As he desires, so he wills. As he wills, so he acts. Whatever actions he performs, that he obtains.”

Another great snippet from Swami Raghavacharya. He examines the verse na tasya pratimā asti which Arya Samaj interprets as “He has no form”. 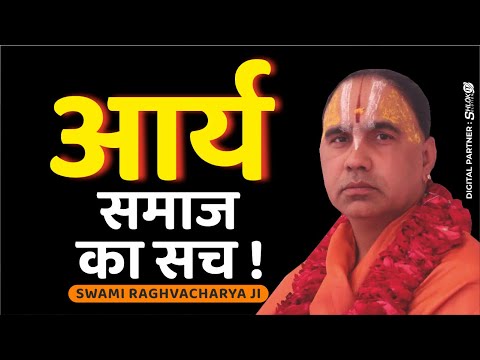 The real meaning is “He has none equal”, in the sense that pratimā means similarity or reflection, like in a mirror. There is no one similar to Him. Swamiji also explains about sajātīya bhēda and vijatīya bhēda – God has none of these; He is advaita (nonduality) in these senses only. Instead, God does have bhēda (duality) but it is svagata bhēda, i.e., difference within Oneself. How so? Because animate and inanimate entities are “adjectives” (viṡēṣaṇa) to Him.

Jīva and Māyā, who are within Him are both different from Him. Just like hands and legs are within the body and yet different from the body. Swamiji gives example of a “blue lotus” (nīla-kamala). These two entities are apṛthak, i.e., inseparable from the Lord.

I recently came across this 3-part Sanskrit-English bilingual series of articles (Part–1, Part–2, Part–3) by Dr.Sammod Acharya. He argues that the Vedics started their new year in the month of Māgha (not Caitra), corresponding to Vasanta-Ṛtu (spring season). He laments that the Indian Calendrical Committee (of Rashtriya Panchang fame) mistakenly considered the Vedic month names as purely solar months instead of luni-solar months. This confusion has led to the practice of celebrating Uttarayana/Dakshinayana at wrong times in recent years. His proposal is as follows:

All the lunar months are in amānta (new-moon to new-moon, South Indian scheme). The intercalary leap month (adhika-māsa) occurs at the end of solstices (adhika-āṣāḍha or adhika-puṣya) only; leap months are not allowed elsewhere. The mapping between Vedic months and seasons (columns 1 and 2) is fixed. Where people disagree is which Vedic month maps to which lunar/solar month – with some counting them from Caitra (instead of Māgha), some from solar Mīna (=Madhu), etc. Sammod Acharya basically says that we’ve to call that month as “Magha” during which winter solstice occurs (22-Dec mostly) – he carefully notes that this “Magha” is not the sidereal month.

A curious result of this remapping is that “Vasanta Pan̄cami” festival, celebrated on Māgha-Ṡukla-Pan̄camī (05-Feb–2022), actually falls in Vasanta Ṛtu!

The Indian astronomical ephemeris gives conflicting dates for the Vedānga-Jyōtiṣa new year date. For example, in 2022, it says that the Vēdāṅgaa-Jyōtiṣa New Year began on 13-Feb, using a solar calendar (kumbha saṅkrānti, Māgha starts 02-Feb–2022 though) whereas in earlier years, it counted the Jyōtiṣa New Year using a lunar calendar (12-Feb–2021, 25-Jan–2020, 05-Feb–2019 – all corresponding to māgha-ṡukla-pratipat). In any case, as mentioned before, it mistakenly maps the Vedic months to solar months (Madhu = mīna-māsa, …, Tapasya = kumbha-māsa).

Bhagavan Ṡrī Kṛṣṇa is decorated by a Vanamāla garland. It has 5 flowers. What are they?

A “liberal” from Swatantra.org/LibertyAffairs.in argues that price gouging (i.e. charging exorbitant prices than it costs to provide service) by private hospitals during the times of COVID is necessary(!).

Fact: There are 5 patients looking for a hospital bed but only one is available.
Question: Who should the hospital give the bed to?
Him: It should go to the one who pays the most.

Fact: There is only one ambulance but 5 patients are asking for it.
Question: Who should the ambulance be offers to?
Him: It should go to the one who pays the most.

Silly Me: But why not offer it at normal price to whoever calls in first, instead of auctioning it for whoever pays the most?

Yeah right, because “big pharma” wants more profits, even at the cost of human lives. “Pay me more, pay me more…”. The “invisible hand” of the markets is working so well at exploiting the gullible poor because they are acting in their “self-interest” as expected. Typical neolib/laissez-faire logic, because morality begone.

This is one of the reasons why I’m a Centrist social liberal and don’t go bonkers with liberalism.

Many believe that the idea of Radha-like conjugal love towards Lord Krishna has its origins in “Gita Govinda” of Jayadeva or Gaudiya Vaishnavism or in the Bhagavatam. However, it is much older than Bhagavatam. Here’s a verse from the Mahabharata

Mahabharata 3.234.4–7, the love (sarvdtmandmdn bhajati or bhartrbhakti, bhaktir bhartari) of a wife for her husband “should be adopted toward Krsna himself.”

How do we use the rejuvenated energy for a more promising attitude and action?

We must regulate all our actions by carefully asking some basic questions such as:

How to reach God?

What does it mean to be human?

Satisfy your need, not greed. We must learn to keep our desires in the limit. We must learn to utilize our knowledge and skills morally for meaningful purposes. Be a true human being by leading life like a Yajna! B.G. 3.11 states that, we must live in unison with nature for peaceful coexistence.